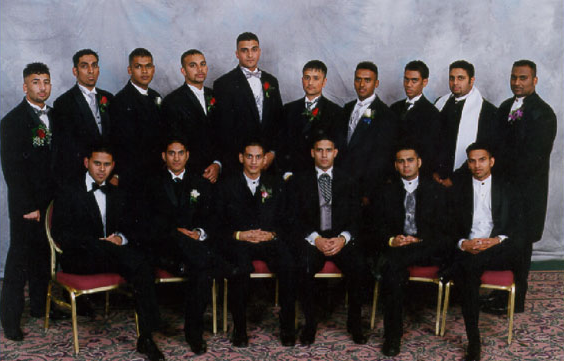 WHERE IT ALL BEGAN

Founded in 1998 at the University of Texas at Austin, our Eighteen Founding Fathers of  Delta Epsilon Psi were driven to strengthen the South Asian presence on their campus. Driven by the three pillars of our fraternity; Brotherhood, Discipline, and Commitment, these eighteen men created an organization that would impact thousands.

We hold our pillars as fundamental cornerstones which bond our brothers across the nation. Today, we strive to build South Asian presence at prestigious universities throughout the country; however, our goals and purpose have expanded to a much more diverse array of motivations. 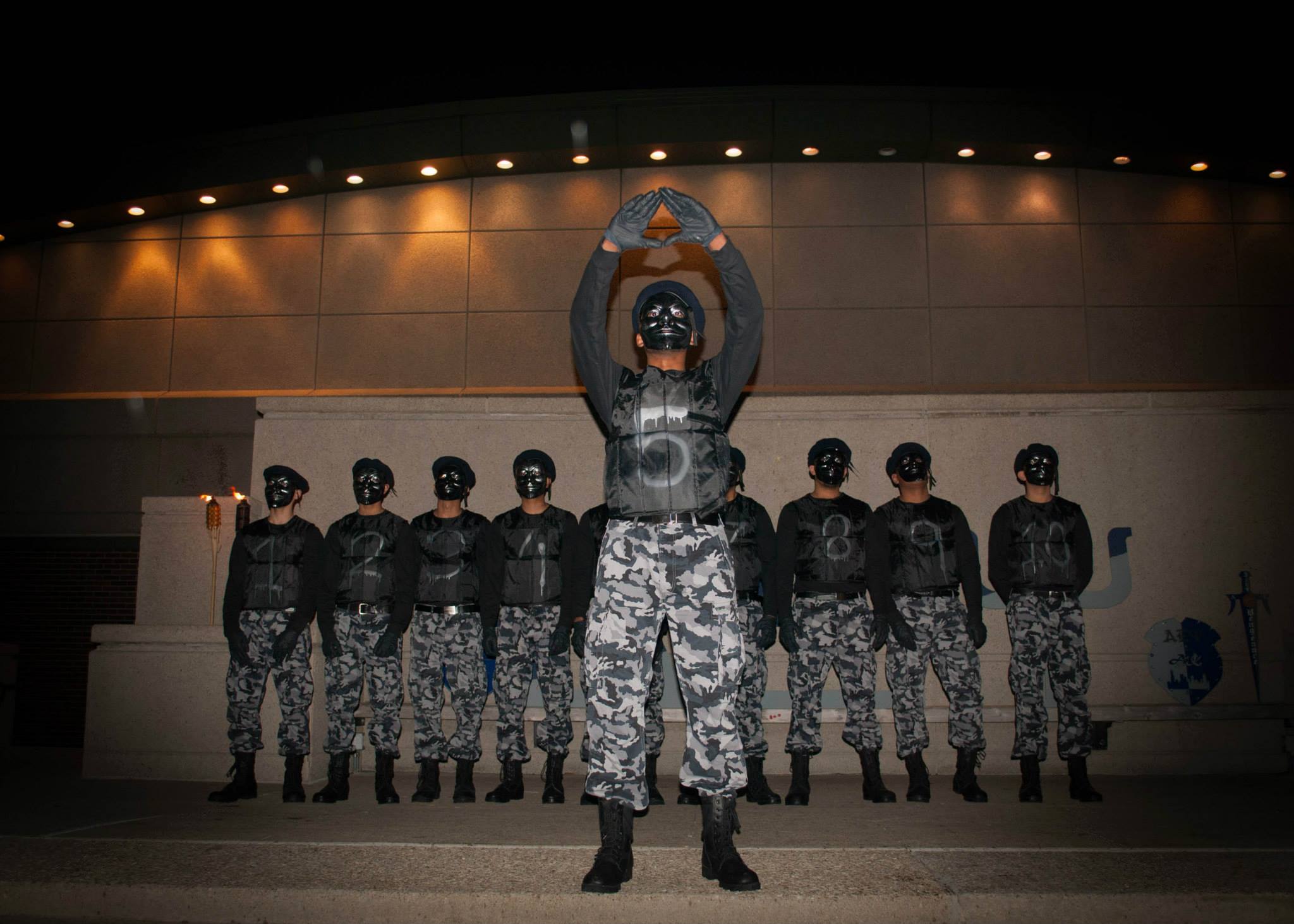 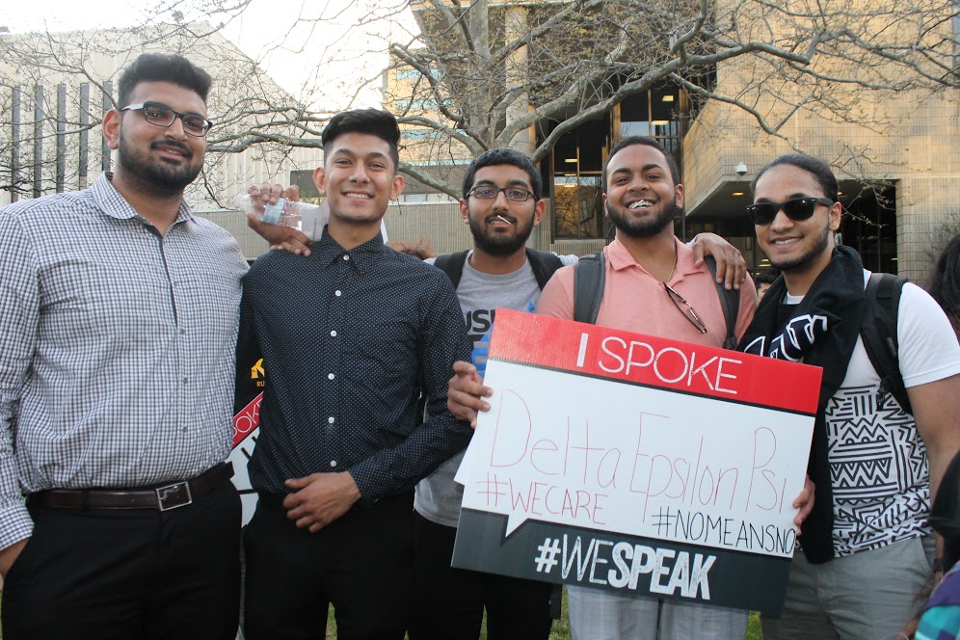 SERVICE IN THE COMMUNITY

Even more than being a prominent social organization, our ambition is to become the nation’s most successful service fraternity. Our service endeavors always attempt to benefit our national philanthropy, Juvenile Diabetes which has been our main philanthropic motivation since the passing of our brother, Vishal Bhagat in 2006. Vishal was afflicted by Type 1 diabetes from an early age and during his time as an active member of the fraternity he helped originate the Sugar Free Bowl.

Sugar Free Bowl is a charity flag football tournament is the signature service event of Delta Epsilon Psi and in the past 10 years has raised enough to donate over $200,000 to the Juvenile Diabetes Research Foundation (JDRF). The tournament is annually held at various campus’ throughout the nation. As a result of Vishal’s hard work, dedication, and selfless desire, Delta Epsilon Psi and Juvenile Diabetes Research Foundation became official national partners in February 2011. Vishal Bhagat has also inspired has own family and friends to create the Sugar Free Athletic Foundation, an organization that is dedicated towards finding a cure by specializing in hosting Sugar Free Bowls all over the nation 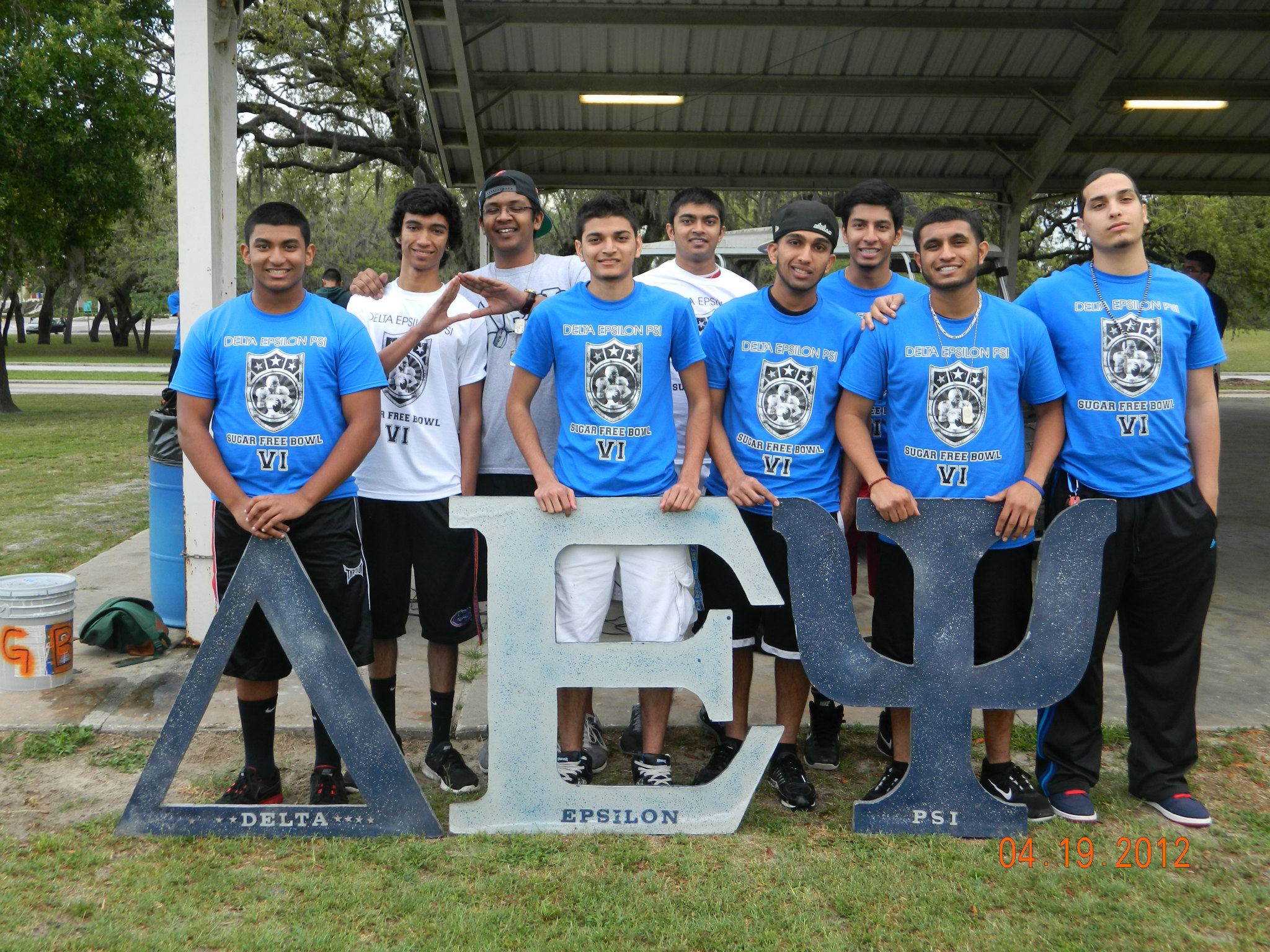 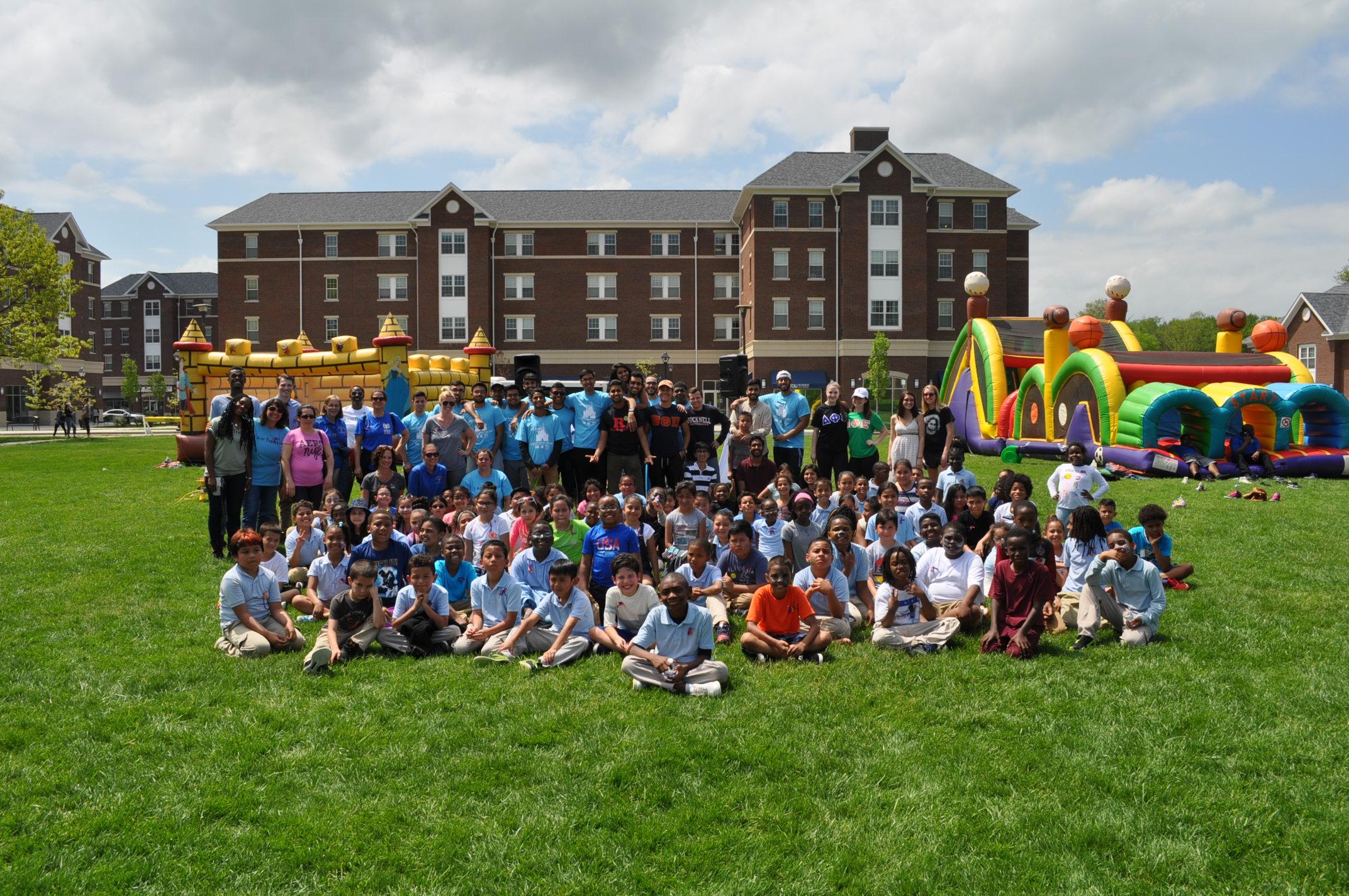 An even larger service event we host is Project Come Together, which stands as the largest single day service event ever held at The University of Texas at Austin. This event is an annual field day for 4,000+ elementary students from underprivileged school districts around Austin. Our brothers organize the day by bringing in carnival rides and over forty-five student organizations to run booths with games. The event stresses the importance of education to children. The day is meant to be a reward to students for academic prowess with the hope of motivating them to strive for further academic success, such as admission into a notable university. The event is now hosted by schools all across the nation, notably at our Alpha Delta Chapter

Brotherhood is a characteristic that separates our fraternity, from the Lone Star State to the Garden State.  In 2010, our fraternity held a walk in New Brunswick,NJ in honor Jaynish Patel, a brother from Rutgers University at New Brunswick, who was diagnosed with cancer. Unfortunately, Jaynish passed away in March of 2013 and the walk was held again in 2015 to raise money for his family, a total of $16,000 was raised in his name. 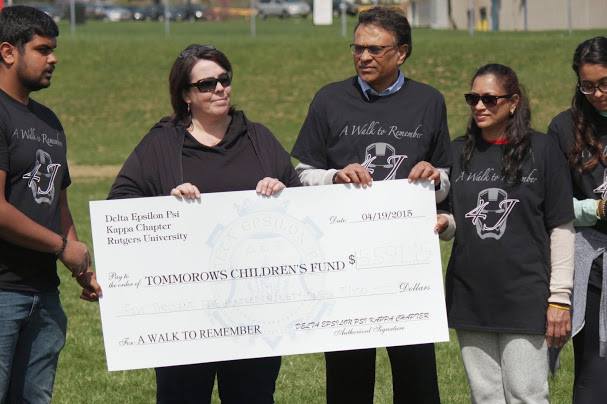 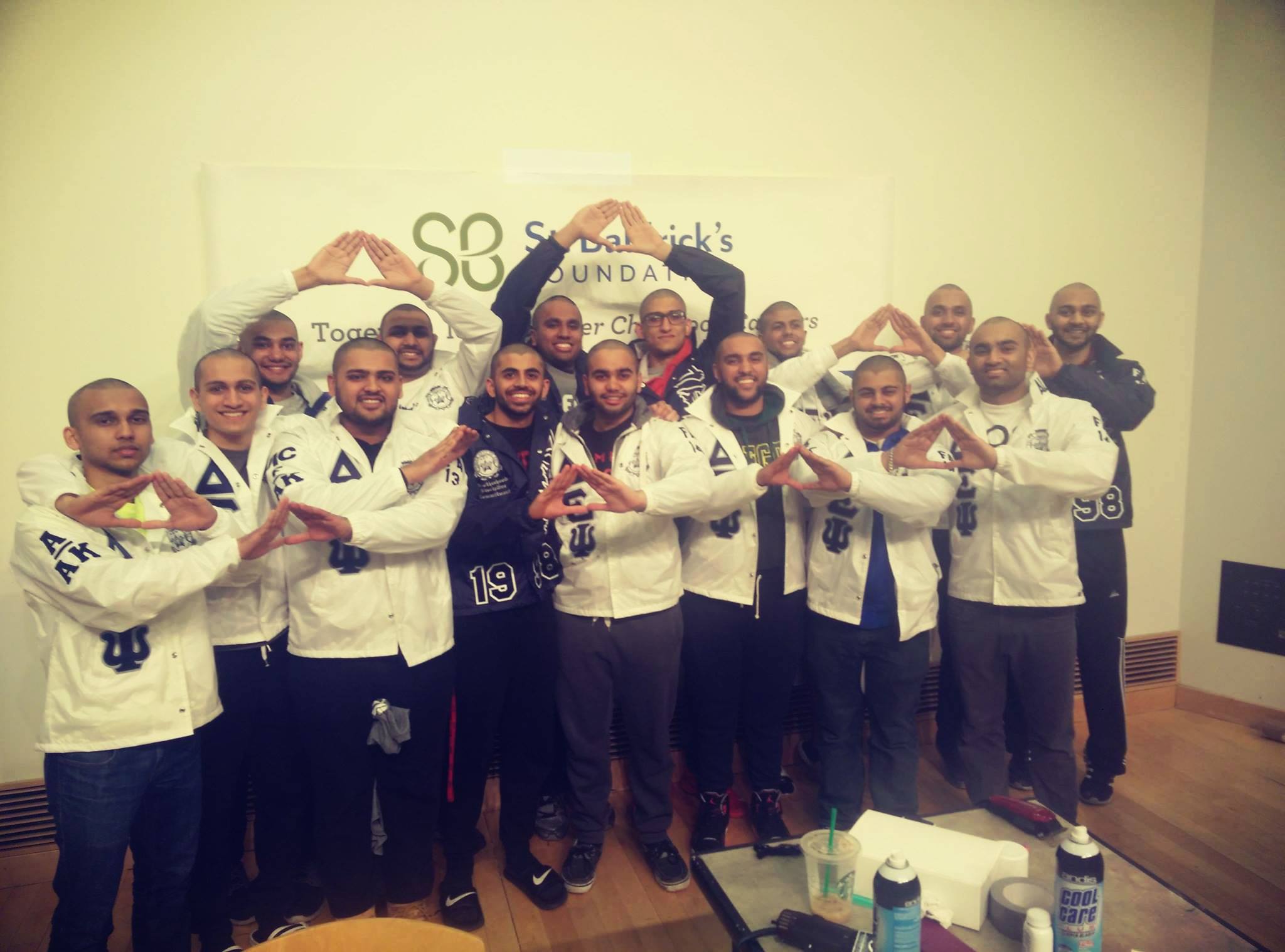 BRINGING CHANGE TO OUR WORLDS

Therefore, whether it’s while bringing students together on the weekend for good-spirited fun or bringing them together to make the day of 4,000 elementary school students, our brothers are playing an active role to unify their community and the culture that exists within it. By dedicating such a drastic amount of free time into community engagement, we have built a strong bond between our brothers. This bond is something each of us holds to be of paramount importance, for each of us knows; within brotherhood lies our strength. As our fraternity ages and our brothers move into the real world, we all plan on using this strength to do things of even greater impact. This is because our purpose is never-ending, Delta Epsilon Psi is comprised of men devoted to bettering the world.