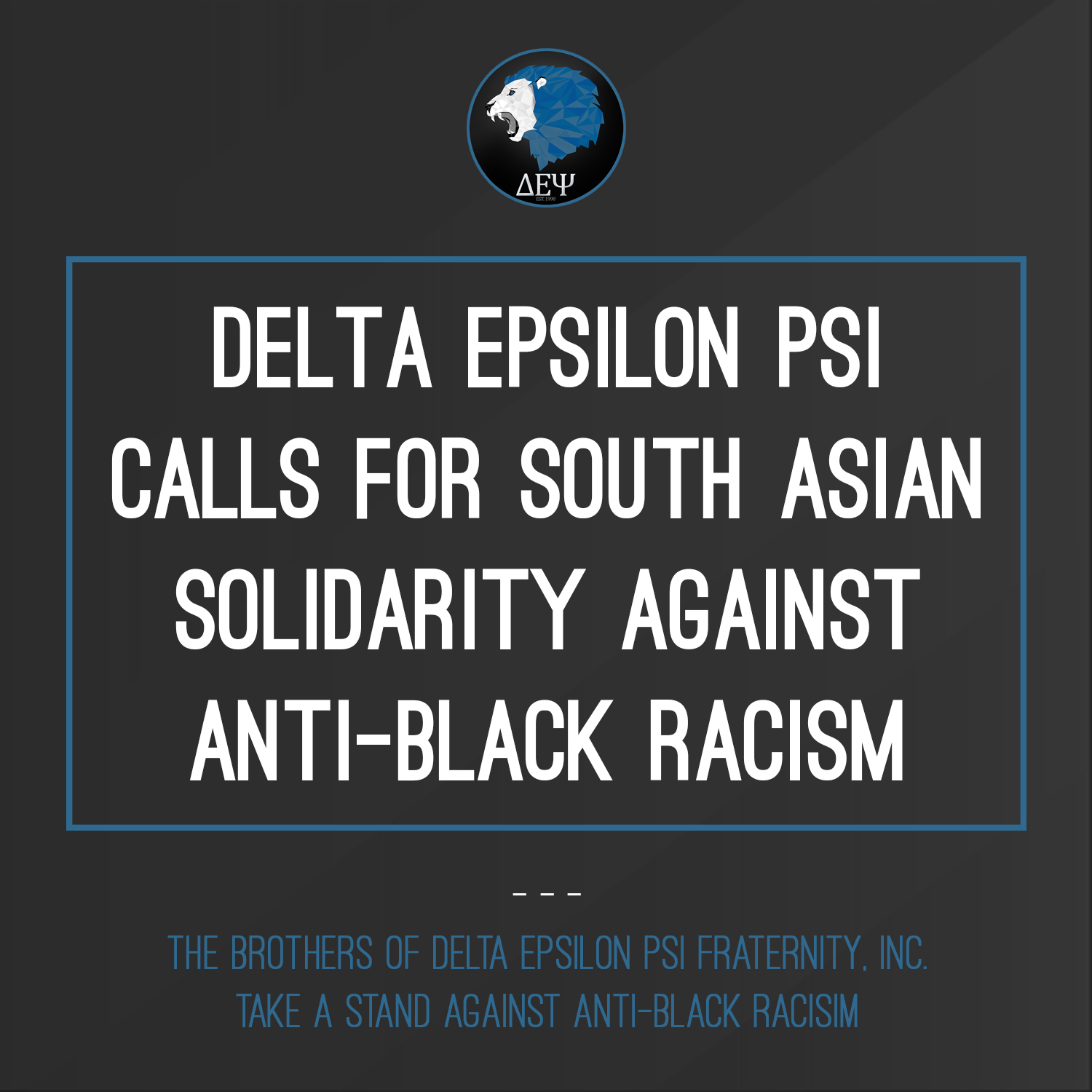 30 May Speaking Out Against Anti-Black Racism

Posted at 12:15h in Press Release by admin 0 Comments
Share

Speaking Out Against Anti-Black Racism

The Brothers of Delta Epsilon Psi Fraternity, Inc. are taking a stand against Anti-Black Racism. We stand with the communities across this country who for far too long have received inequitable treatment in everyday scenarios. The dehumanization of black people in our institutions, in our communities, and in our lives needs to end. We stand with those who have had to endure racial slurs, threats, assault, battery, even death. We as an organization promote equitable and humane treatment for all people, regardless of race, gender, religion, sexual orientation, or gender identity.

The United States, in just the year 2020, has seen jarring scenes of Black Americans targeted, such as:

This list does not encompass every instance of mistreatment and wrongful death of Black Americans in 2020, but rather provides a glimpse into the reality of persistent racial injustice against the Black Community. The time for these issues to cease was centuries ago, but unfortunately this racism is alive in the present world today. It is time for the dehumanization of Black people to come to an end, just as we hope it would end for other marginalized communities.

As a South Asian fraternal organization, we know there have been times in the past when the South Asian Community has been on the receiving end of racism and needed the support of other buy accutane online usa communities around us. It is not appropriate to remain silent now or equalize the oppression; it is the time to speak up and speak out against all injustice. The history of Black solidarity to South Asian communities has been illustrated  in many ways, including the 1942 statement from the National Association for the Advancement of Colored People (NAACP) advocating for India’s independence from British rule.  It is our obligation to do the same for them.  In our organization, we have brothers who identify as Black, we must advocate for them, and do so proudly. Although the vast majority of our brothers are non-Black people of color, we must challenge racism on every level – not just for situations where the oppressed are Desi.

As a National Council, we are dedicated to promoting equality, social justice, and human rights.  We will continue to:

We the brothers of Delta Epsilon Psi call for South Asian Solidarity Against Anti-Black Racism. To South Asian organizations, individuals, and allies of the South Asian community alike, we ask you all to use your voice at this time to affect positive change in the world we all live in. The fraternal movement has historically created and supported positive social advancements, and we hope our organization will continue to be part of that positive change now and in the time to come.