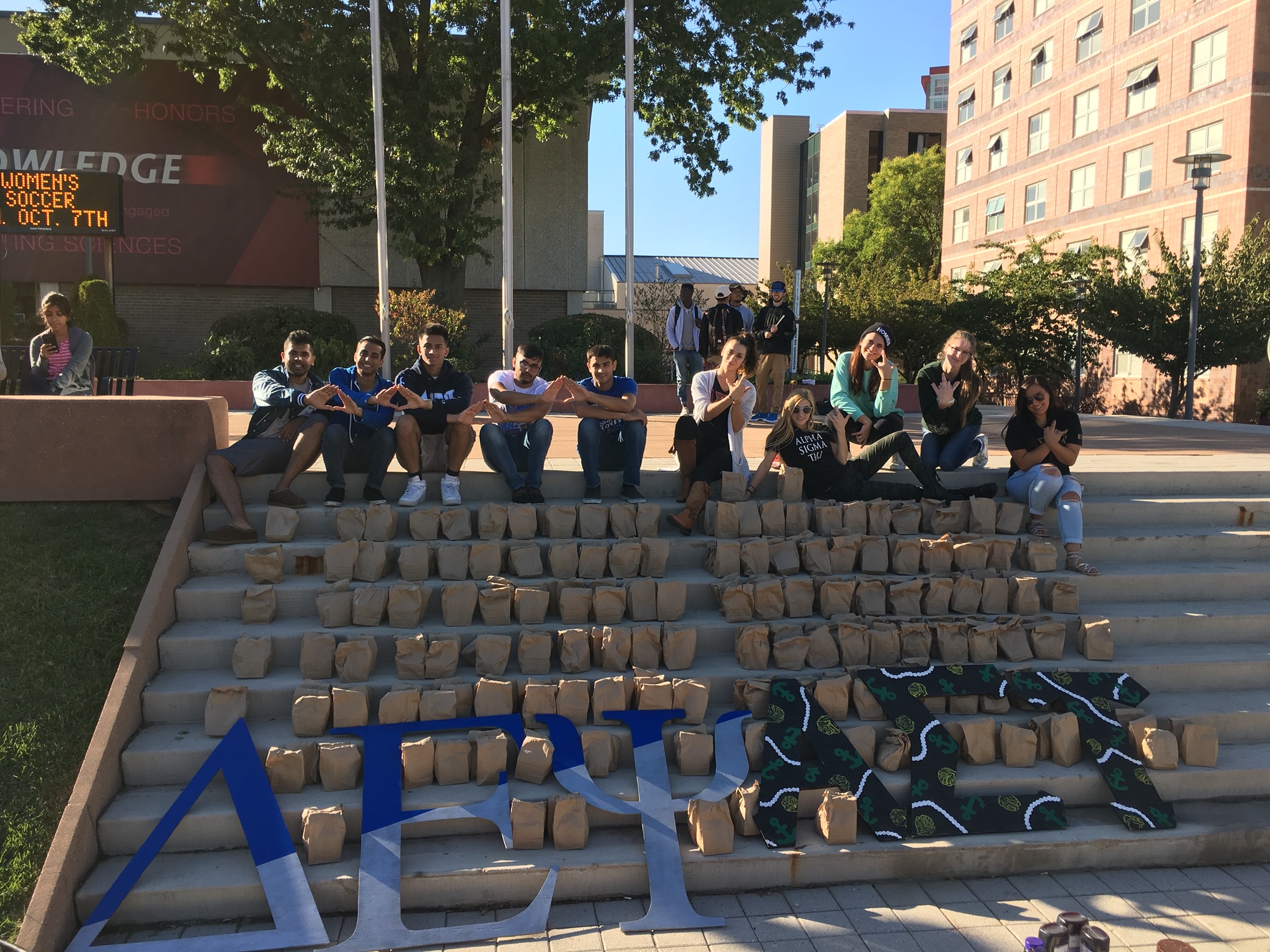 Posted at 15:16h in Chapter-Colony News by admin 0 Comments
Share

Phew! Another year in the books! Between classes, work, commitments, events, and social life; the school year of Fall 2016 and Spring 2017 definitely left the brothers of Tau Colony feeling a tad weary at the end of the year. However, all of the work put in by brothers paid of with personal achievements, new opportunities, and personal life moves amongst all brothers. This success poured over into the success of the Colony, and Tau saw one of its best service driven years. Through several events held on campus, Tau made a name for itself in Newark as a fraternity that is deeply involved in the community of Newark and the New Jersey Institute of Technology.

Starting off, the brothers of Tau held two extremely successful service events aimed at food donations for the homeless and hungry of Newark. “Delta Epsilon Psi Feeds Newark,” was held in the Fall of 2016 with the sisters of Alpha Sigma Tau Sorority and in the Spring of 2017 with the brothers of Alpha Kappa Psi Fraternity; the event aimed to bring together both Greeks and non-Greeks to work together to achieve success. During both events, over 300 baggies with food and drink were made by the NJIT community as a whole. Working with a local church, Tau Colony was able to get the product to those who desperately needed it.

In addition, Tau Colony held Delta Clinic, a signature service event. As such an important event to the Colony, we urged other MGC organizations to join the cause, and they were more than willing to help. Working with a local group in Secaucus, NJ, the brothers of Tau Colony and members of several other MGC organizations worked with the local community to produce hundreds of baggies filled with healthcare products and dental kits to ensure that those in need had access to something as simple as dental hygiene.

Lastly, the brothers of Tau Colony held on of the most successful Bone Marrow Drives at NJIT this spring 2017. Working with Dr. Ron Jacobs, who was an important speaker at convention, the brothers of Tau Colony were able to sign up over 35 donors! Finding a match is not a quick process, but by having more and more people become aware of the importance of being a donor and having people willfully sign up to donate, we can help find a match for someone in need in no time.